Silent Film Series: The Winning of Barbara Worth 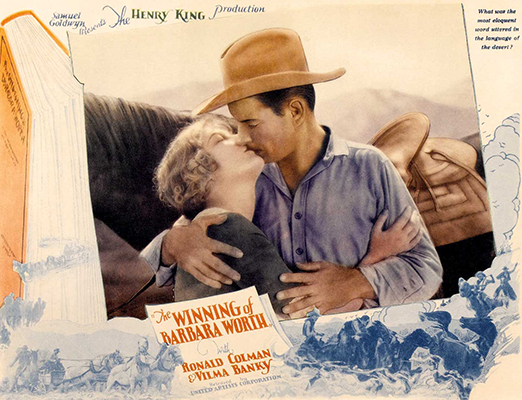 Enjoy a silent film in a restored moviehouse with live musical accompaniment by Jeff Rapsis.
Starring Ronald Colman, Vilma Banky, and Gary Cooper. pic Western drama about the settling and irrigation of California’s Imperial Valley, once a wasteland but now an agricultural paradise. Shot on location by director Henry King in Nevada’s Black Rock desert, one of the first films to take audiences to the wide open spaces of the great American West. With a young Gary Cooper playing a key role. Part of a series of 1926 films that recently entered the public domain.