The Beantown Girls by Jane Healey 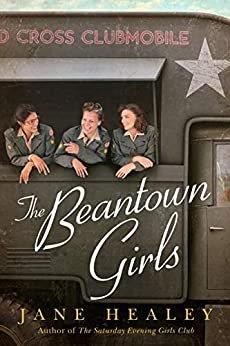 In The Beantown Girls, author Jane Healey places us to the final harrowing months of World War II in Europe, and brings it painfully, beautifully, heartbreakingly alive. A literary critic said of the novel: “Through the eyes of Fiona Denning, a Red Cross Clubmobile worker, and her colleagues, we witness firsthand not only acts of courage and sacrifice, but also the romantic bonds that grow even during the horrors of war. Healey’s superb research lets us see the decimated cities, smell the doughnuts and coffee handed out at great risk on the front lines, and hear the big band music—as well as the approach of the next bomb.”

The novel is based on the true story of a group of Jewish and Italian immigrant women in Boston’s North End at the turn of the 20th century.